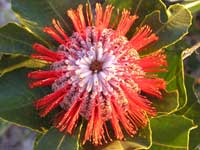 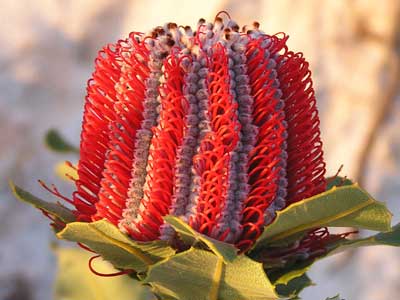 This web-page only has 4 of these Banksias, but as you will quickly see they are very different from the Banksias found in the Sydney region - and are very special indeed.

These 4 banksias were found on a trip to Western Australia in October 2005, and what may come to mind is that this was spring, and East coast banksias flower in late summer and autumn.

The Scarlet Banksia (Banksia coccinea) is found around Albany and into the adjacent Stirling Ranges.

It is sometimes referred to as the Albany or Waratah Banksia, and is very hard to cultivate.

These photos were taken in Albany. 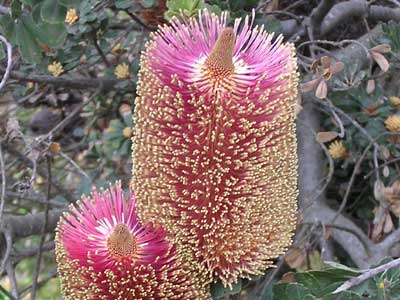 It is a small tree to 4 metres. Its flower spikes are around 8cm.

This Banksia is also only found around the Albany area.

The photos were taken in Albany. 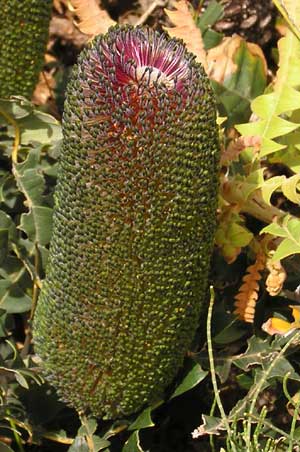 Although growing to a small tree, the species in these photos were of a medium size - being on exposed moors near the sea. The flower spikes were about 20cm in length.

The photos were taken at Madfish Bay which is in the William Bay National Park near Denmark. 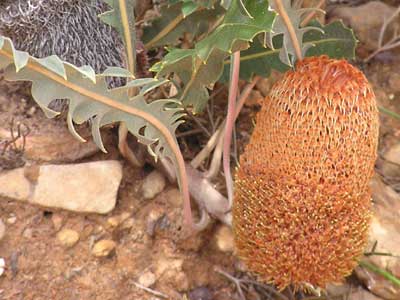 The flower spike is about 10cm in length.

It was previously called Banksia prostrata.

The photo was taken in the Stirling Range National Park which is 60km north of Albany.