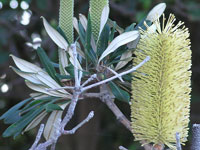 The Coast Banksia occurs frequently along the coast from Melbourne to northern Queensland.

Its distinctive white under-leaf, as well as growing healthily in coastal sand dunes and headlands gives it away.

The photos were taken on Botany Bay, and Austinmer on the New South Wales South Coast. 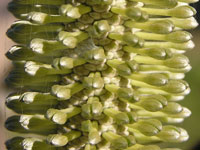 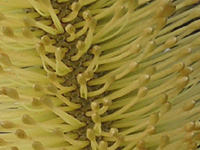 The first image shows the flower spike during its development.

A few more images of the Coast Banksia. 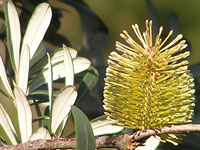 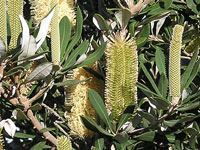 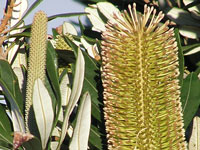